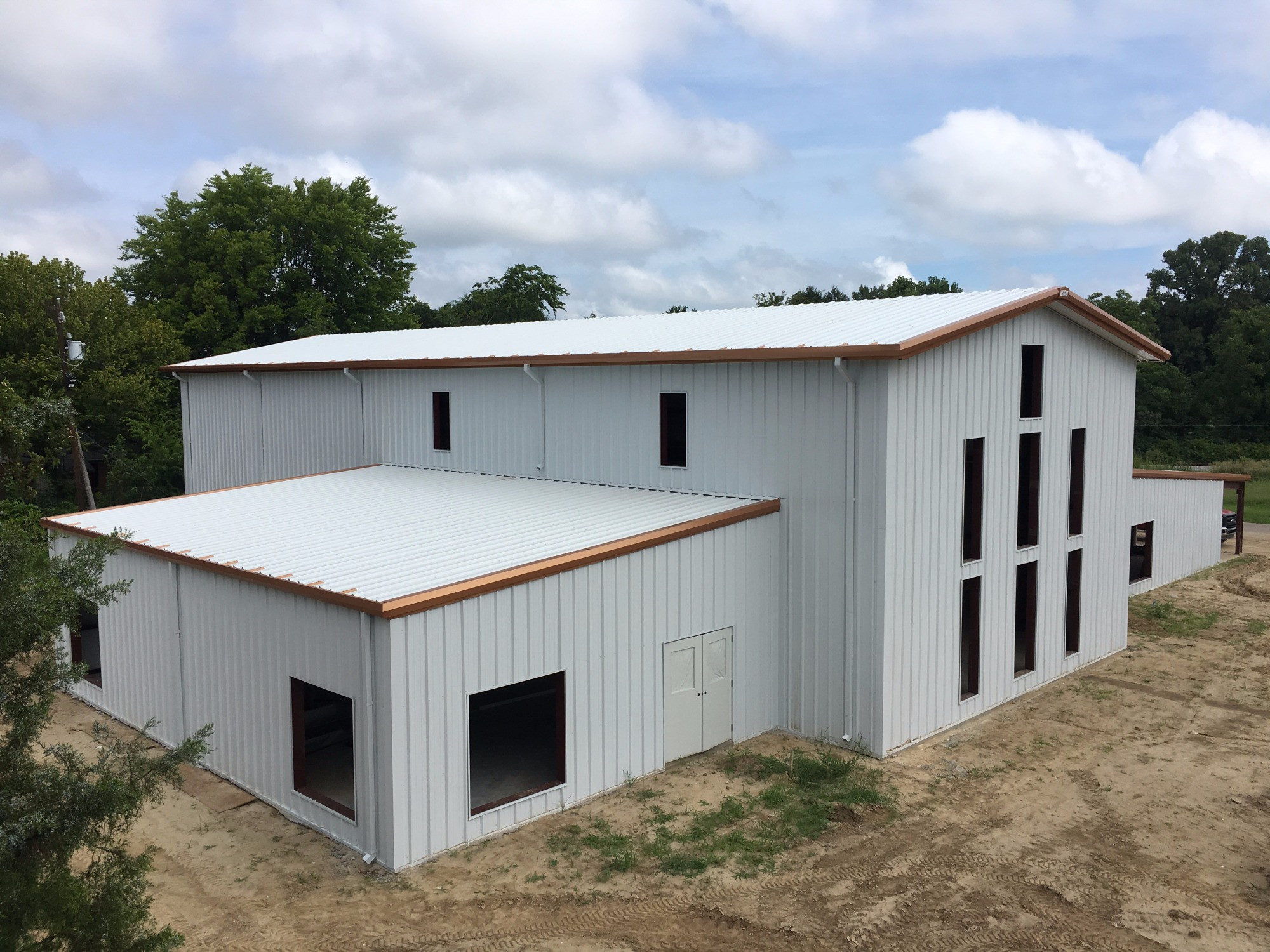 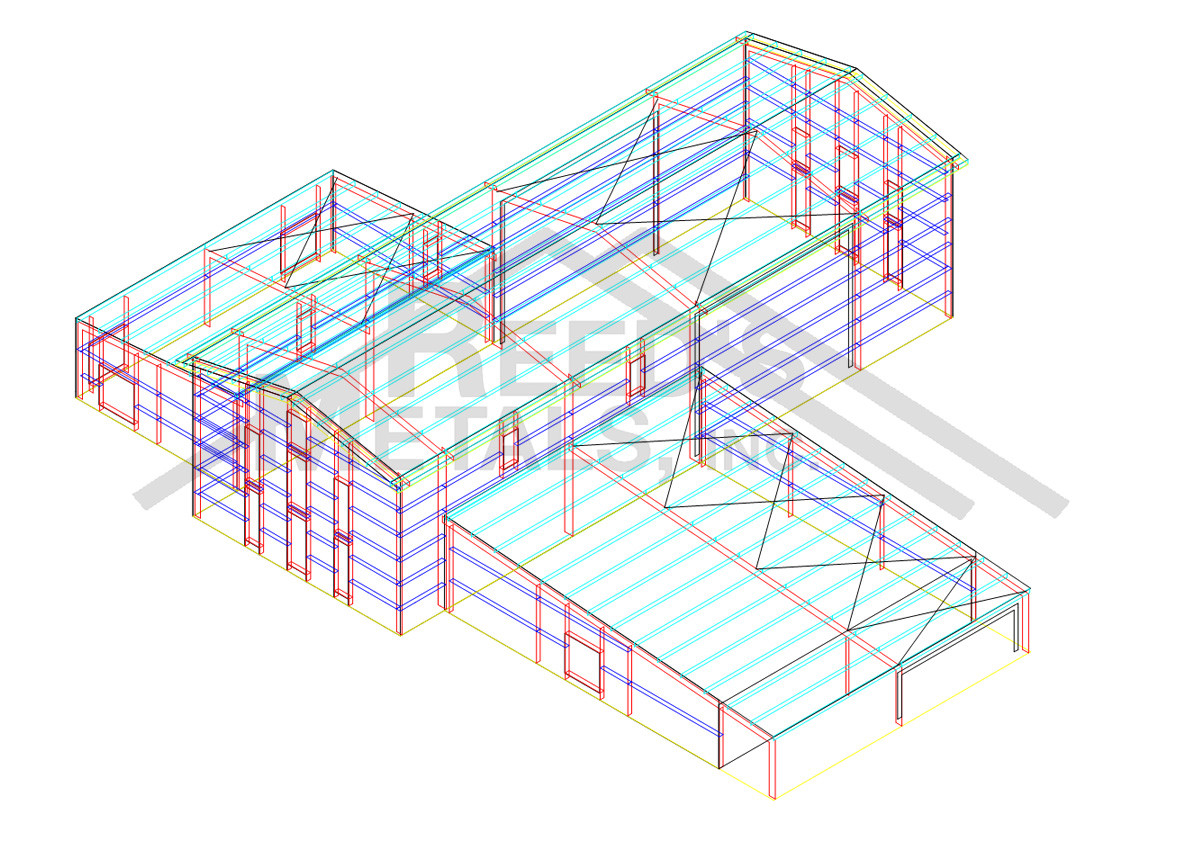 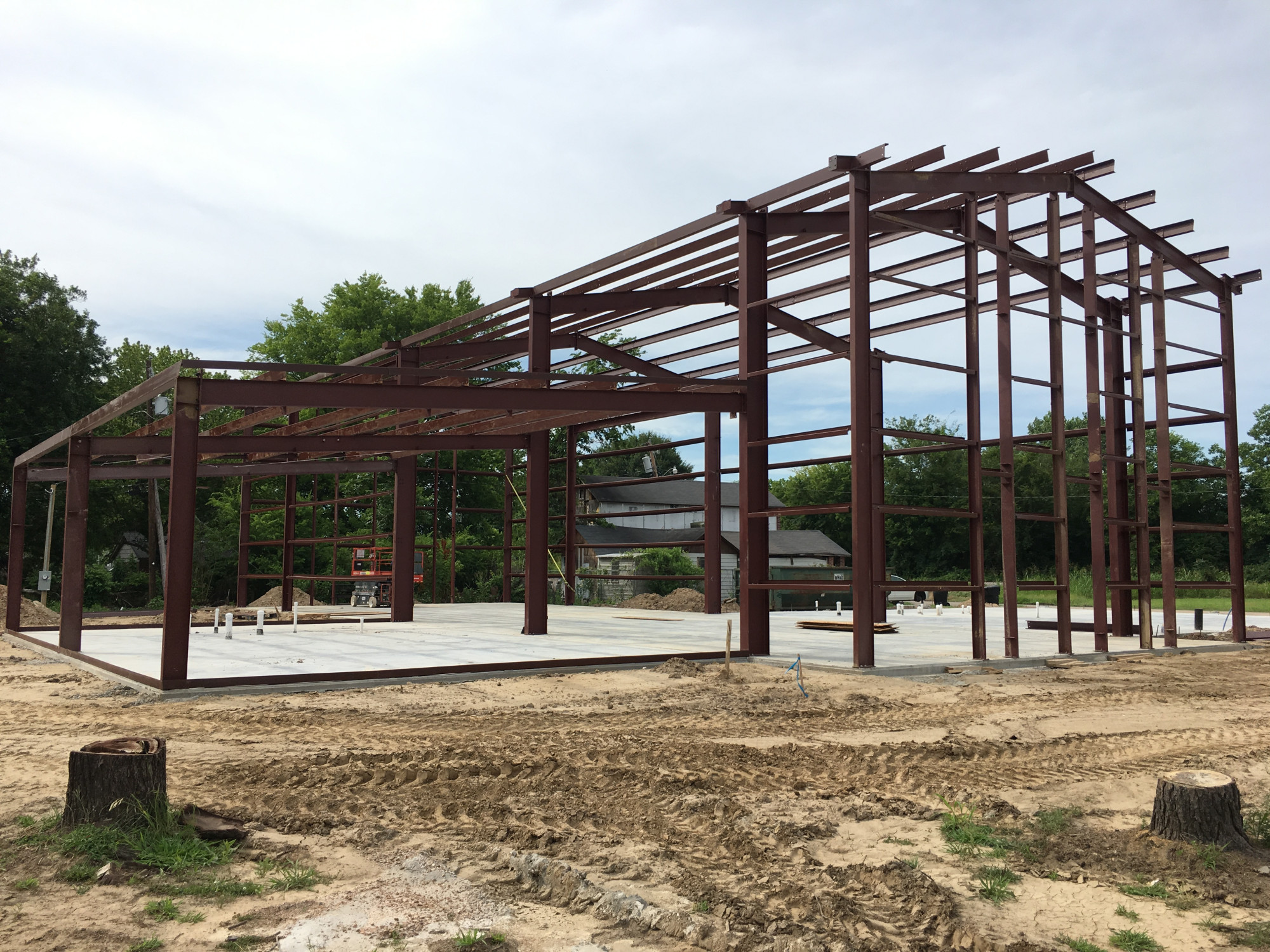 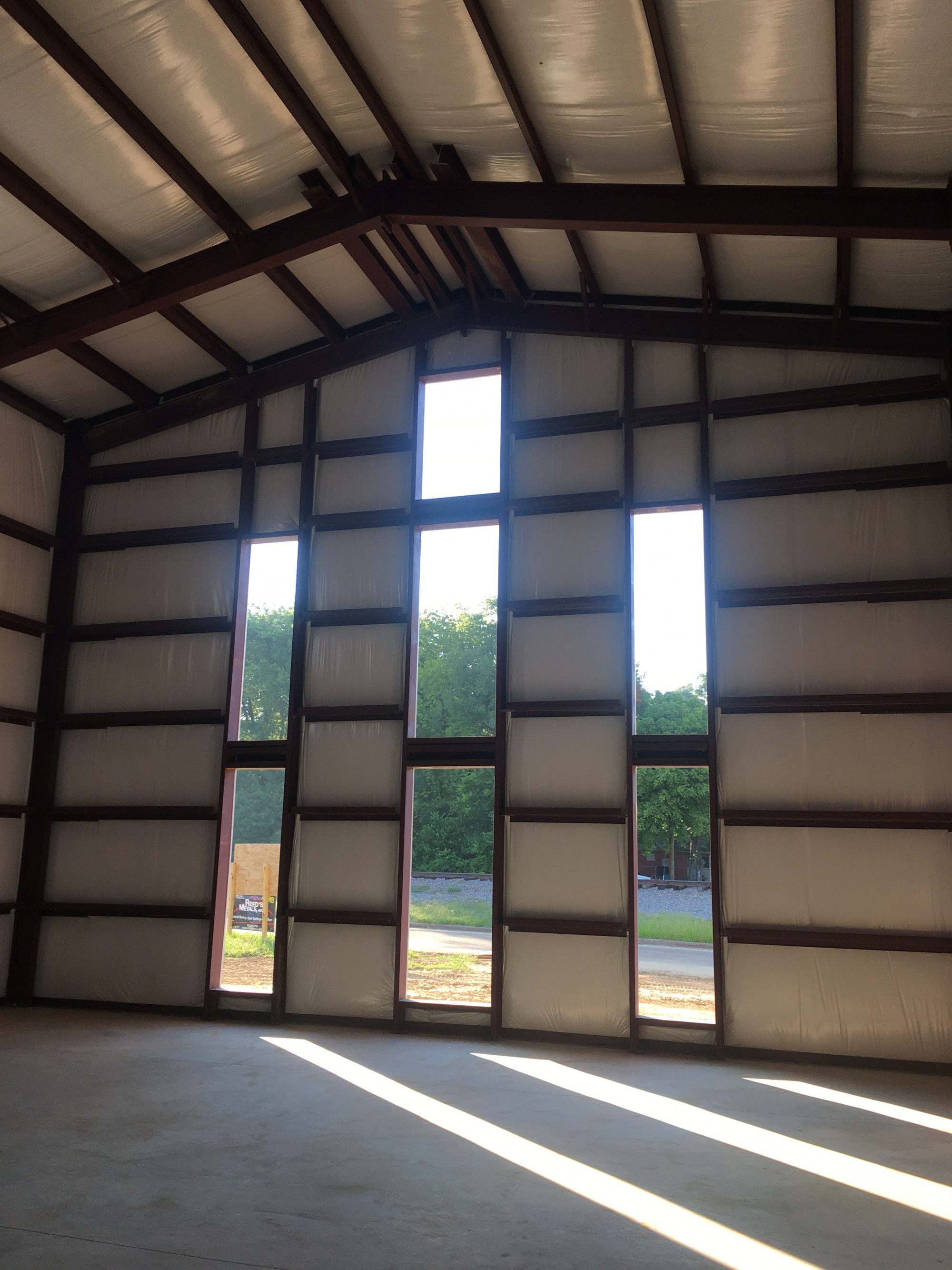 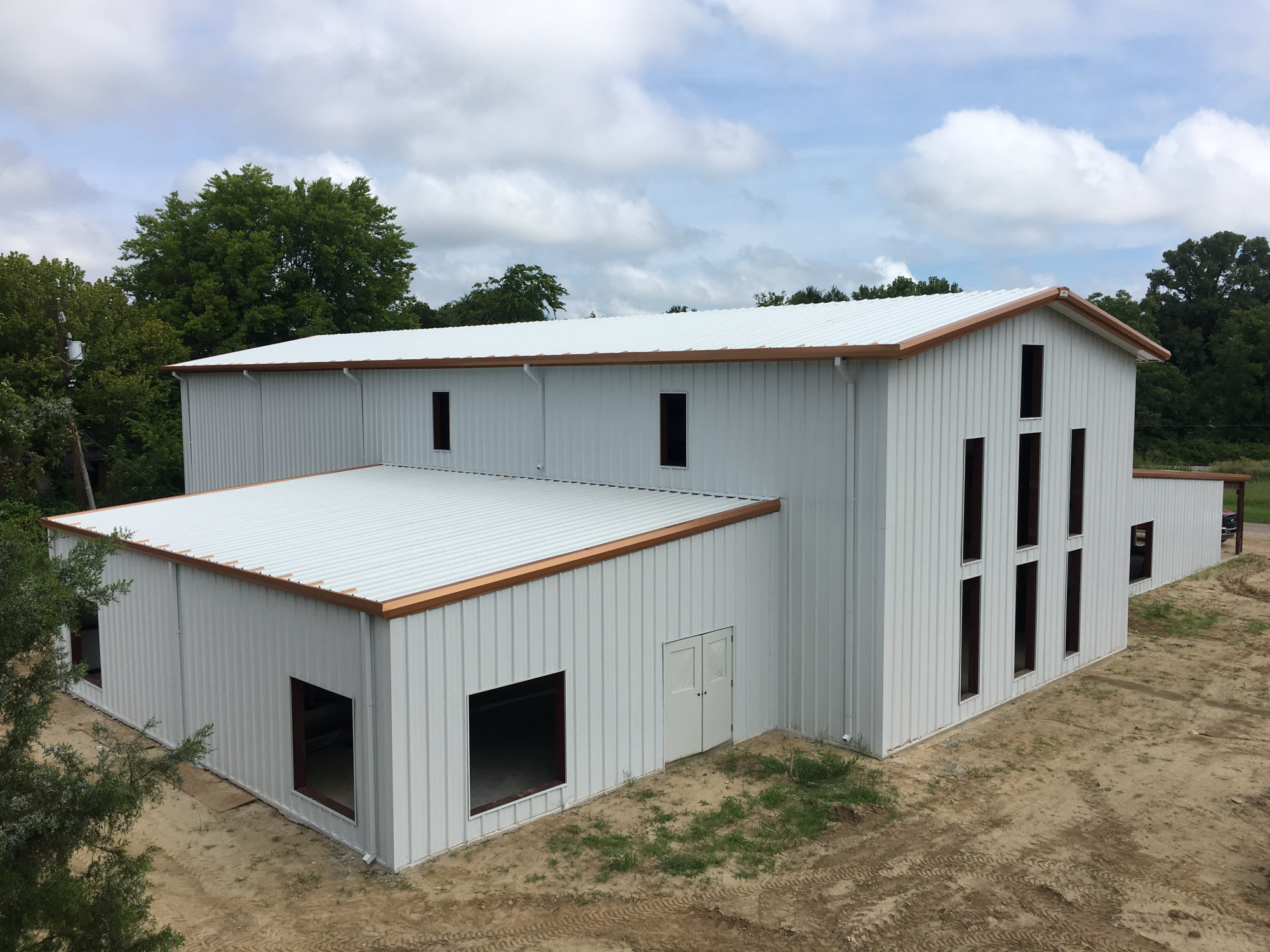 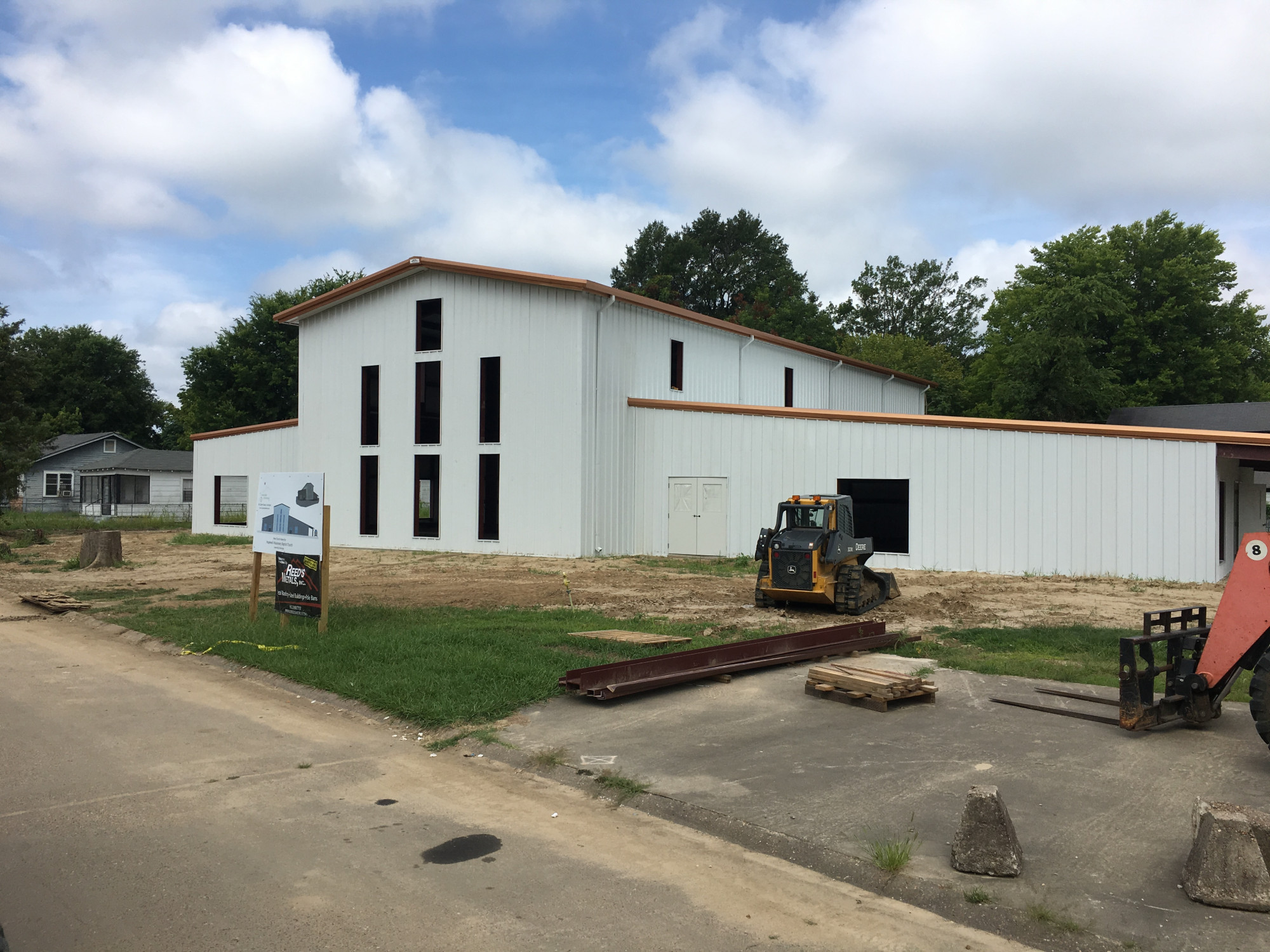 National media covered the horrific instance of arson that claimed the building in which church members has worshiped for years. After hearing the nationwide coverage, church members and supporters from across the nation came together in efforts to rebuild. Initally, the church was hoping to raise $10,000 to use towards a new building.  Supporters donated over $250,000 to help this small town congregation rebuild.

The congregation searched for a supplier who could make their dreams come to life.

The materials needed to be top quality, delivered and unloaded, and they needed them quickly. Reed's Metals is thankful to have been chosen as this congregation's metal supplier! Reed's Metals was able to take the congregation's design, and meet local codes to ensure safety and stability of this massive building. Additionally, Reed's Metals was able to recommend a reputable installer. The Preferred Contractor and his crew took on the task of installing this large, intricate rigid frame building and worked quickly. The building was officially purchased on April 24, 2017, and was delivered on May 19, 2017- just 19 working days later. The Preferred Contractor was able to immediately begin the concrete and installation the first of June and was complete mid-July.

The congregation chose a beautiful color combination of Polar White and Metallic Copper. Perhaps this alludes to a bright and shining future for Hopewell Baptist Church!

Tags: Giving BackMetal BuildingReed's Metals of Tupelo
Back to News

More Detail
The metal roof is great, but I went in with a drawing on a piece of paper and they custom made pieces I need to make a house look good to great. Good job and good to work with real pro's.